Situated 10 km from the campsite, Carnac is a chic and elegant seaside resort nestled between the bay of Quiberon and the Gulf of Morbihan in Southern Brittany. With its rows of world-famous menhirs, its beautiful sandy beaches, its oyster parks and its little secret places, Carnac lacks neither charm nor attractions.

Carnac and its menhirs

The site of Carnac is a high place of European prehistory, 6,500 years old. The three main sites (Ménec, Kermario, Kerlescan) alone contain more than 3,000 menhirs over 4 km, or about 40 hectares. Good to know: from April to September, only guided tours (for a fee) allow visitors to enter the site. On the other hand, the site is open to the public from October to March. If you discover a passion for prehistory during your camping holiday, we recommend a visit to the Carnac prehistory museum. It retraces more than 450,000 years of history through a rich collection of more than 6,600 objects.

The Tumulus of Saint-Michel

On the heights of Carnac, the Tumulus of St Michel is an important megalithic monument in southern Morbihan, both for the richness of the objects discovered and for its dimensions: 125 m long, 60 m wide and 10 m high! In these funerary chambers, whose origins date back to the Neolithic period, researchers have unearthed valuable archaeological treasures: jadeite axes, ornaments, pearls, flint tools... At the top of the hill stands a small chapel dedicated to Saint Michael. The place also offers a breathtaking view of the Gulf of Morbihan and the bay of Quiberon.

Carnac has five beautiful beaches that lend themselves to all desires. The Grande plage de Carnac is popular with families, as is the plage de Légenèse with its beach club for children. The beach of Saint-Colomban is suitable for windsurfing enthusiasts. For fishing on foot, the beach of Beaumer is the place to go.

Ancient small port, the Anse du Pô is a remarkable natural site whose ancient oyster-farming vocation is still well anchored in the landscape. As early as the 1880s, Carnac was one of the first sites dedicated to shellfish farming. Today there are about thirty producers working to the rhythm of the tides in the oyster parks along the Po cove and the Crac'h river.

So take advantage of your stay at a campsite near Carnac to take part in a guided tour of an oyster farm! An exciting visit which will end, as is the custom in Southern Brittany, with a tasting of oysters accompanied by a small glass of muscadet.

Situated a little away from the seaside to protect itself from the wind, this old 16th century village has everything to please: picturesque narrow streets, Breton granite houses lined with hydrangeas, a small chapel in flamboyant Gothic style, a wash-house where the washerwomen used to meet and even a fountain with miraculous virtues. A nice discovery not to be missed during your camping holidays in Carnac and its surroundings! 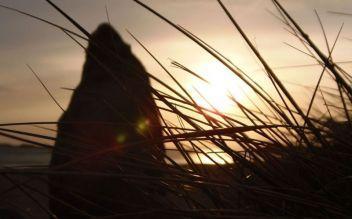 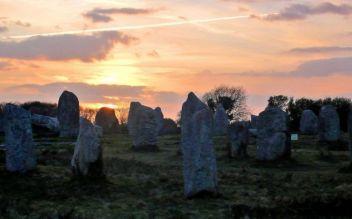 Surfing in Morbihan
Weather in erdeven